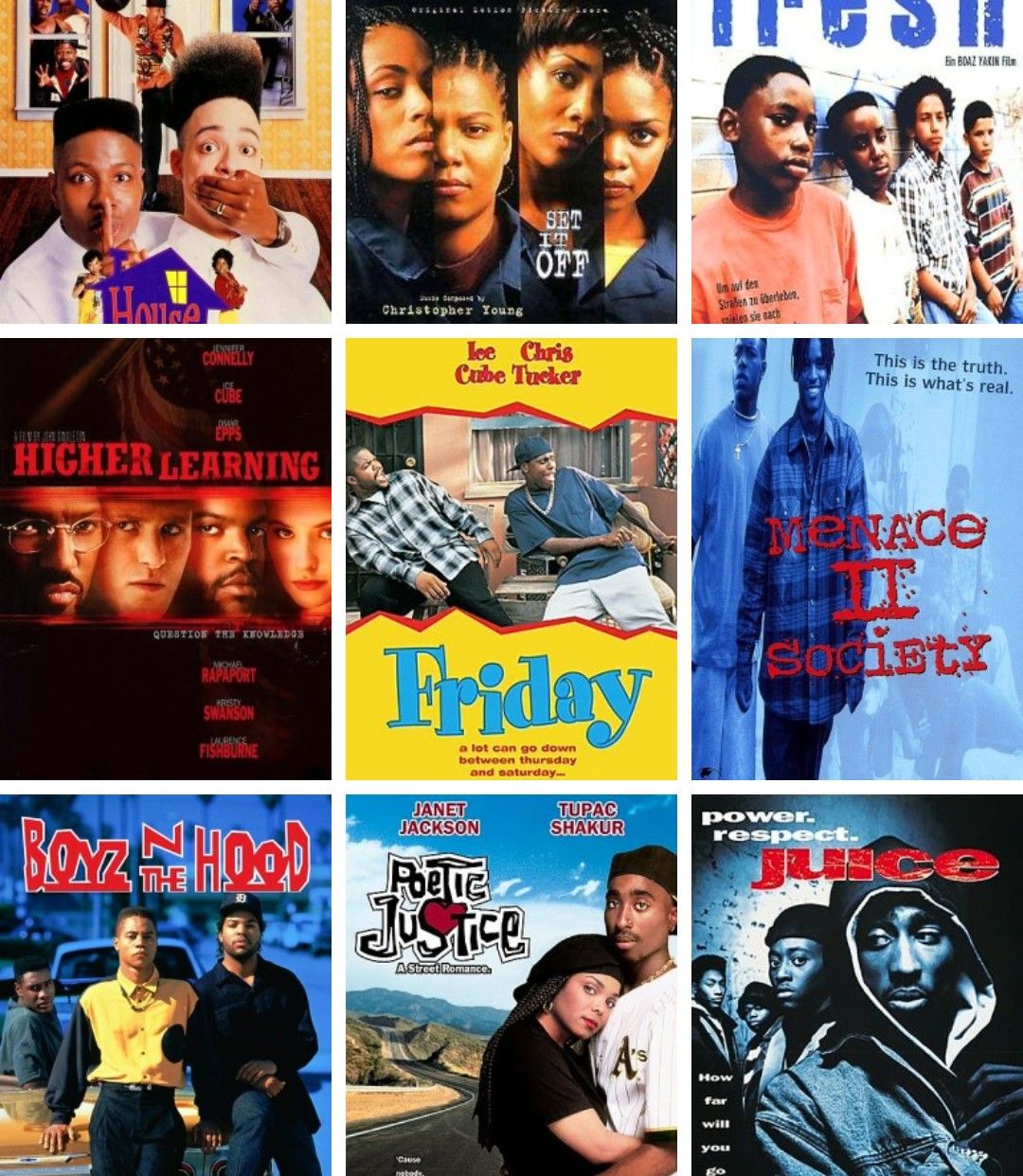 I often say they don’t make black films like they used to. Not that they today’s black films aren’t good, they just don’t hold a candle to the films I grew up watching.

I was born in the 80’s and came up in the 90’s — during the golden era of black film — so I got to see the movies we call classics today when they first came out. Many of those movies helped to shape my views and thoughts as a man, which was both good and bad, and became my favorite still to this day.

Here are my favorite black films of all time.

1) LOVE & BASKETBALL
I saw this film the summer before 8th grade, and it left an ever-lasting impact on my life. I was a hoop star and wanted my girlfriend to be one too, just like Monica.

2) DO THE RIGHT THING
I didn’t fully understand this film until I was grown, but it was one of the most talked about films growing up. Now, as an adult, I truly appreciate it’s message.

3) THE BEST MAN
I got this on DVD when it first came out and it instantly became one of my favorites as the bond between the fellas felt like the same friendships I had with my homies back in the day.

4) MALCOLM X
As a kid watching this film, it always made me question the notion of their being a white God. And as I grew older, this movie led me to Malcolm’s book, which totally changed my life.

5) COMING TO AMERICA
I remember this being a staple in many black households when I was coming up, especially mines. My stepdad had it on VHS and I watched it hundreds of times.

6) JUICE
I saw this for the first time as a teen, and it instantly became my favorite. Me and one of my best friends still have inside jokes about this film to this day.

7) LOVE JONES
The best black love story ever told. The Darius felt with Nina was like the way I felt with my wife when we first met.

8) THE LAST DRAGON
This movie had all the boys in the hood wanting to be the next Bruce Leroy lol, including me.

9) DEAD PRESIDENTS
One of the best films ever made. Transports you right into the heart of black America during the 60’s and 70’s.

10) HIGHER LEARNING
I did a thesis on this film during my stint in college. The message hidden inside it still rings true today.

11) LEAN ON ME
Watching this film as a kid subconsciously prepared me for my high school years, as we had a new high school principal that came to clean it up just like Mr. Clark.

12) MAJOR PAYNE
I watched this movie almost daily on VHS in elementary school and me and my classmate would always crack jokes about it during lunchtime, to the point of tears. Now my kids love the movie too!

13) HOLLYWOOD SHUFFLE
I didn’t see this movie until I was grown, but it was still funny and true as hell. And I love watching the re-runs today.

14) HOUSE PARTY
I probably saw a thousand re-runs of this movie on tv as a kid, which made me look forward to the day I could go to my first house party.

15) BOYZ N THE HOOD
I first saw this at my cousin’s EJ’s house when I was a kid. I was too young to understand the gems dropped in the film back then, but it made more sense to me as I got older. The importance of black boys having a conscious black father in your life could be the difference between life and death.

There are so many other black films I like but these 15 are my favorite. What are your favorite black films from the 80’s and 90’s?