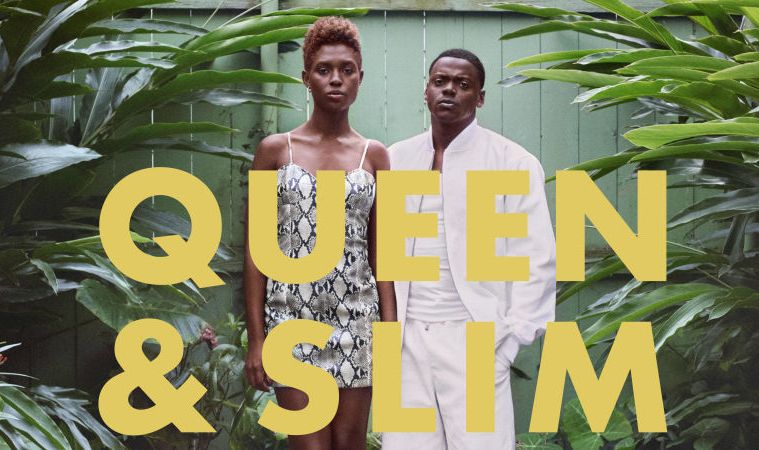 Yesterday, my wife took me out to see Queen & Slim for my born day. It was a great experience. The movie was engaging from beginning to end and it spoke to many of the issues that we as black people face here in America. It was so raw and real to the black experience that it felt like a semi-documentary.

I constantly found myself nodding my head, as I have experienced many of the same events and feelings of the characters in the movie. And as the movie was ending, it made me so emotional I almost cried, and it took my wife a good 5 minutes to process what she had saw.

After it was over, we walked over to a restaurant and discussed the movie for dinner. She gave me her perspective and I gave her mines. As always, I took a lot of mental notes and I wanted to share some of those with you here.

Fear of The Police

In case you haven’t seen the preview for Queen & Slim, it’s about a black couple who go on a first date, and get pulled over by a white cop that they end up having to kill him in order to save their own lives. This is how the movie begins.

The opening scene spoke to me heavily because when I was younger I had countless run-ins with the law, where I’d be pulled over for one thing and the next thang I know I’m being forced out the car, guns pulled on me, handcuffed, and in some cases, arrested. For this reason, I’ve always had this strong paranoia that takes over my body whenever I see police cars behind me. The feeling that if I get pulled over, I may not make it back home, has always made me nervous at the fact that I might have to kill one to save myself; just like Queen & Slim did.

But this experience is not just mines. Over the years, I’ve talked to many different dudes from the street realm to the corporate world who also have had similar experiences or worse than mines. And they all feel pretty much the same, either nervous or traumatized by the reality that they might find themselves having to kill a cop just to live or to avoid being falsely accused of something they didn’t do.

It’s odd having to contemplate will I live or die when blue lights stop you. But this is the reality that many of us live in; both men and women.

As the film goes forward, and Queen & Slim travel across the country on their quest for freedom, they meet and interact with many other black folks who surprisingly see them as their heroes.

Watching these interactions on screen, allowed me to see how bound we as people feel on the inside. Here in America, we have to endure so much subliminal systematic racism, on top of having to fulfill the normal day to day obligations as everyone else, that we often still feel enslaved. So when we see others who are forced to do something courageous that breaks them from this system, we root for them to win because we know if they attain freedom, then maybe we can too.

Like the black cop who turned a blind eye to the runaway couple… Like the mechanic who fixed their car for them… Like Slim’s Dad who refused to snitch on his son… Like Queen’s uncle who gave them a car… Like the uncle’s girlfriends who changed their hair… Like the little boy who bought them some food… We help others get the freedom we desire to have ourselves.

This is what we’ve always done. Malcolm X. Asatta Shakur. Pete O’neal. Nehada Abiodun. Ben Ammi. And many more were all helped by others because they represented us.

The Necessity of Black Love

As the film progresses, it turns into a black love story, where Queen & Slim find healing and strength in each other.

In an age where everyone is promoting interracial this and interracial that, it felt so good to see black love on the big screen again. Not only was it good for the eyes, but also for the soul. I’ve said it countless times over the years on my blogs and writings, that black love is the only love that can empower us. It’s how we got here, it’s what keeps us going, and it’s how we will remain here. And Queen & Slim showcased that in every way.

Like many black couples, Queen & Slim meet each other with their internal baggage of open wounds from childhood and adulthood. And like most of us, they are unable to see the issues they have, until they are revealed through each other. In the midst of the constant trials they are forced to endure along their journey, they develop a bond that is so tight with love that it gives each the strength to keep pulling forward toward freedom.

To me, that’s what black love does — it inspires you to become greater than the person you were before. This way, both parties benefit from each other’s growth.

I could go on and on with the deep messages within this movie, but I don’t want to spoil it for those who haven’t seen it yet. In my opinion, Queen & Slim is probably the best movie I have seen all year. I haven’t felt this proud of a black film in years. So I encourage all of you who haven’t seen it, to go and do so.

If nothing else, the film will help you see that at the end of the day, all we really want is to be free. And whether we achieve it in this lifetime or not, the fight is worth it.