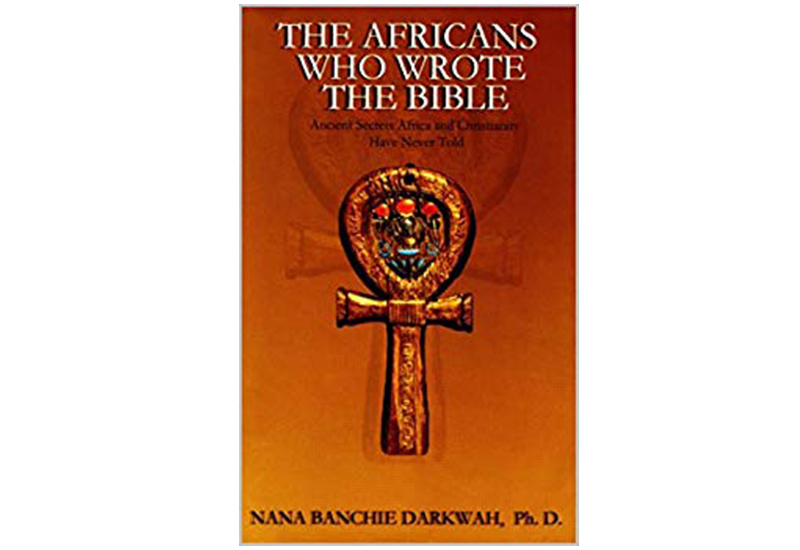 In this digital age of information, more and more of our people are discovering that the bible is based on African history. Every year there are new essays, books, and documentaries coming out proving this to be true. But what seems to be lacking from the majority of the research that is out today is the verification of the people who wrote the bible.

Have you ever wondered who wrote the bible? I know most of us believe that The bible is the word of God, but since we know that God didn’t write anything in the bible himself, have you ever considered who were the people responsible for recording these stories onto the ancient scrolls? I know we’re taught that the names of the books in the bible are the same people who wrote those books, but have you ever researched this to see if this was true?

These are the types of questions I have been asking myself over the past few months, and in doing so, I discovered many resources that have provided me with those answers. One of those resources was a book titled, The Africans Who Wrote The Bible, by Dr. Nana Banchie Darkwah, a Ghanaian scholar and historian. And inside this book, Dr. Darkwah provides extensive research on the original authors of the biblical stories and how the bible came to be today.

In regards to origin of the Afrim people, Darkwah writes:

On the subject of the Akan people, which the Afrim people came from, Darkwah wrote:

When I read this, my mind was blown, as this goes against everything that most Hebrew Israelites and black Christians believe, in regards to where black people come from. Based on Darkwah’s research, the so-called Hebrew people were Ancient Egyptians. In his book, he also states that the word Ivrim, that modern Jewish scholars claim that the word Hebrew comes from, is actually a corruption of the Akan word, Afrim. He later states that Israel stems from the Akan word Asrae, which means: the one who first visited. If this is true, this means that bible narrative we have today has been told in reverse.

On the subject of how the bible came to be, Mr. Darkwah writes:

In case you’re not familiar with Jewish history, it is documented by them that the Greeks took over Egypt in the 3rd century B.C. and that the Jews who were under Greek rule were transported there. It was also documented by them that the Greeks commissioned the Jews living in Egypt to translate the Hebrew scrolls into Greek around the 2nd century B.C.. However, according to Darkwah, the Greeks forced the Egyptians to translate their writings into Greek – not Hebrew or Jewish writings – and the Greeks later edited and revised their writings to create the Old Testament Bible.

In regards to the origin of the biblical concepts of God and spirituality, Darkwah writes:

The Jewish scholars of Alexandria took the ancient Egyptian perception and epithets of God, his form, and power and included them in the biblical narrative as exactly as the ancient Egyptians conceived and verbalized them. Osiris and Isis were the Greek linguistic corruption of the Akan words Osoro and Asaase meaning heaven and earth. Christians talk about heaven and earth, but they do not know how these two elements came to be at the center of their religion or where these two concepts originated. They got it from the Ancient Egyptians first through the Akan people that created these concepts in ancient Egypt and then through the Akan and other African tribal groups that went to Europe to become the Jews and Hebrews.

On the subject of who God is, Darkwah writes:

In the earliest religion of Ancient Egypt that was the religion of the Akan people, Osoro was the abode and reference to the sky God, a male god; and Asaase was the abode and reference to the earth goddess… The Egyptian concept of a male God that lives in the sky was what passed on into Christianity in Europe and the religions around the world. Today, every religion’s God is male.

I researched this subject for myself to see if it were true, and the biblical concept of God did indeed come from the ancient people of Khemet (Egypt). Ausar (Osoro) was the male God of the sky, which we now call Heavenly father and Auset (Asaase) was the female God of the Earth, that we now call Mother Nature. However, the Greeks renamed the Egyptian God Ausar to Osiris and changed the name of the goddess Auset to Isis. So Mr. Darkwah’s research is pretty accurate.

In regards to the origin of the name Yah that we use for God today, Darkwah writes:

The god Yah or Yahu that western Historians claim the Afrim people took from the people of Canaan was not a god. She was a goddess… She was first and foremost the goddess of the Ancient Egyptians. To the Akan people of Ancient Egypt, this goddess was Yaa, the goddess of Thursday… The unique gods and goddess the Akan people created in Ancient Egypt were adopted and worshiped by almost all the people in the entire geographical area of Canaan and beyond… The Akan goddess of Thursday known as Yah, was adopted and worshiped by almost all the ancient people in the entire geographical area, but she was not a Canaanite goddess, as western scholars have asserted. She was an Akan goddess.

In regards to how the God Yah came to be, Darkwah writes:

The ancient Akan people that lived from Ancient Egypt to the region now called Canaan and far beyond, created a deity, a god and goddess for each day of the week. This concept originated from an ancient Akan religious belief that a person born on any particular day comes into the world with the spirit and personality traits of the day. This concept was personified and male and female deities were created and named after the days of the week… The Akan people still call the goddess of Thursday Yah and they still believe Asaase [Isis] is the major deity of Thursday, so they call earth, Asaase Yah.

On the subject of how Yah became a male, Darkwah writes:

Some… ancient Akan religious beliefs and practices considered females spiritually unclean because of menstruation and childbirth… the Afrim people of the Exodus also believed in the same sexist ideas about women. This belief was so strong among the ancient Akan people that even today… as a result, the all-male religious leaders of the ancient Afrim people felt uncomfortable adopting and worshiping a goddess. They simply decided to adopt and worship the male god Thursday instead of the goddess… Yaa simply became Yah and then it was later transposed for the Greeks as Yahweh.

On the subject of the rest of the bible, Darkwah writes:

Later in this book, Dr. Darkwah talks about the subjects of heaven, hell, death and life and how these concepts originally came from Egyptian writings that predate the bible by thousands of years. He also talks about how all of the people mentioned in the bible were based on real African men and women, whose names were changed by the Greeks and Romans; and he provides the original names of these characters for reference. The conclusion of Dr. Nana Banchie Darkwah’s research is basically that the bible is a plagiarized story from ancient Egyptian writings about the Akan people and other African tribes; that were stolen by the Greeks and later the Romans and re-presented back to the world as European Jewish history.

The Africans Who Wrote The Bible is one of the most enlightening books I’ve ever read on the subject of black people’s connection to the bible. Although I don’t agree 100% with all of Dr. Darkwah’s research, I found much of it to be true. This book answered many questions I once had and also shattered many myths I used to believe in. The most interesting thing about this book is that it was written in 1999 and most of its information is still unknown to people today; especially believers. So if you’ve ever wanted to know how the bibles we read today came to be, then I highly encourage you to check out this book.