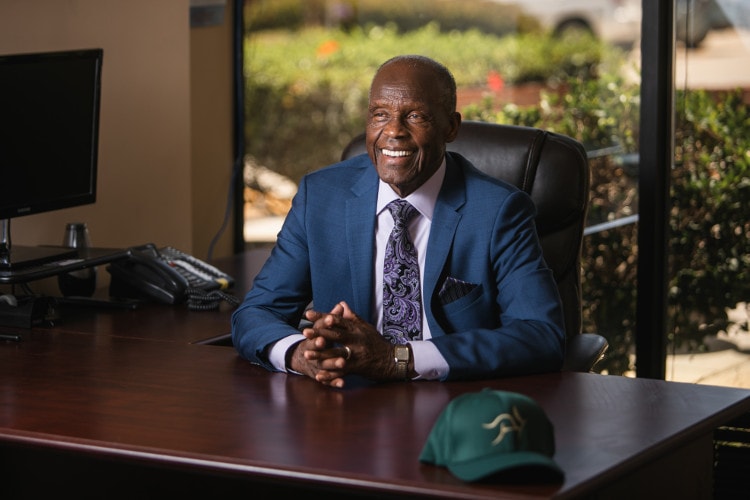 I just received news that my health mentor, Tim Morrow passed away ten days ago on December 20. For yall who don’t know him, Tim Morrow was a master herbalist and iridologist for more than 30 years. He was the founder of Common Sense Herbs, and helped thousands of people heal from their diseases naturally. And he taught even more people how to eat for optimal health; especially black folks. I am one of them.

I started my health journey around December 2015 after I became vegetarian. Along the way, I discovered Tim Morrow and his teachings and immediately started following him. I listened to all the YouTube videos of his lectures, interviews and TV shows on health; and began taking some of his herbal products. I also became a distributor for his products and had the privilege of chatting with him over the phone a few times.

Tim’s insight on health and herbal nutrition was amazing. He put me on game about many different things in regards to the human body and how it functions and taught me how to use herbs to heal myself. Back then, I had a bad case of IBS and would be backed up for weeks. Tim gave me the best advice I ever received. “If you eat three meals a day, you should have 3 bowel movements a day. If not, your colon is backed up.”

That one piece of advice right there, as simple as it may sound, changed my entire outlook on health. Ever since then, I’ve been eating healthy (for the most part) and defecating regularly. But whenever I go through a short phase of what I call emotional eating, and I feel and start to feel bloated, I just order one of his herbal colon cleanses and I’m back to normal in no time.

But though Tim’s products and advice has helped so many people around the world better their health, there were many folks out there who hated on him and claimed that he was a fraud. The most famous of these cases, came from a Mexican lady who blamed Tim for the death of her 13 year old son a few years ago. Because of this false claim, Tim was convicted of practicing medicine without a license and sentenced to four months in jail earlier this year.

Personally, I think him going to jail this year had something to do with him passing. I say that because before Tim went to jail, he announced his retirement from the company. Then after Tim got out, he dies a few months later. This situation reminded me of what happened to Dr. Sebi back in 2016, where he mysteriously died after going to jail on trumped on charges. I don’t like to speculate, but we all know how the government has a track record for murdering black men who teach us live contrary to the system. So I wonder if this what happened to Tim.

But regardless of how he died, what I do know is that Tim lived his life for truth. Those who know him or spoke to him, know that he was a real as they come. He held no chasers and his advice was solid as a rock. The proof of this can be seen at the hundreds of testimonials on his company’s Facebook page, of how his herbs and advice transformed their lives. And that right there speaks volumes over what the media had to say about him.

Now that Tim has passed, I just wanted to salute him with this article as a token of my appreciation. So, Thank you Tim, for all the wisdom you gave me and others about health. And may your spirit continue to enlighten us from the realm of the ancestors. Ase!

PAYING HOMAGE: In honor of Tim, I ask that you support his company. So anyone seeking to purchase any herbs or cleanses for the new year, please do so at CommonSenseHerbs.com.