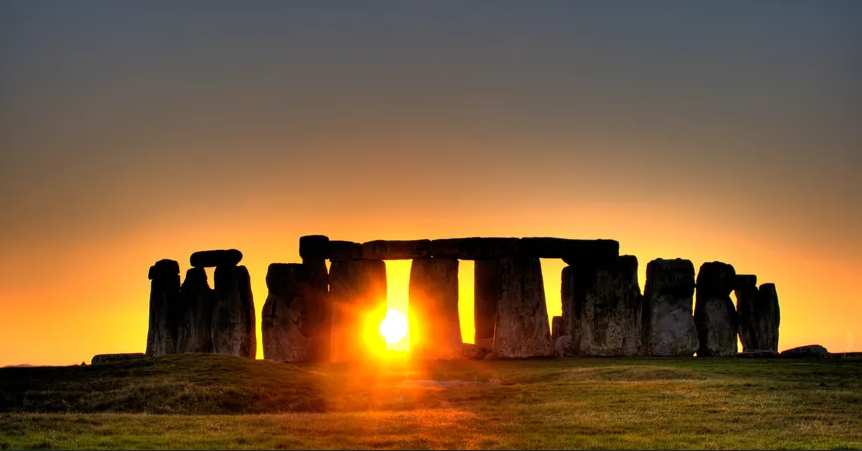 Today, December 21st, is the first day of Winter Solstice! In case you’re not hip to what Winter Solstice is, it’s an ancient 2 week celebration of life through the rebirth of the SUN. It lasts about 12 days and includes solar observations, cultural festivities, and spiritual growth. At least, that’s how the ancients observed it.

The solstice, which stems from the Latin word solstitium, represents the annual period of the year when the SUN reaches its lowest point before rising again to prepare for the summer months. In the southern hemisphere (Africa) where our ancestors are from, this process begins on June 21st. But here in the northern hemisphere (the Americas) where we are now, it starts today. And it lasts from 21st-24th, totaling 3 full days.

The observations of the sun during this time of year originated in ancient Egypt. around 4,000 BC. To them, the significance of observing and reverencing the SUN was two-fold…

One: our ancestors were nature people that lived off the land and the observation of the SUN helped them keep up with the seasons, in regards to planting, harvesting and preparing for droughts. They understood you can’t live without the SUN, and when it rose again, it meant new life for their crops. So they acknowledged the sun through a harvest festival, to celebrate with the community.

Two: our ancestors the world’s first astronomers, astrologers, scientists, and spiritualists, so they knew that our bodies and the sun were connected; and that if we aligned our minds with the cycles of the SUN, we would have the same effect. So during this time of the year, they went into deep meditation, reflection and spiritual rituals, that helped them die to the parts of themselves that no longer served them, in order to become born again like the SUN.

From Celebrating Nature to Saviors

Another important staple of Winter Solstice takes place on December 25th. This is the day that the sun would rose again after being invisible or at it’s lowest point for the 3 days. The ancients considered this to be it’s rebirth, so they deemed December 25th as the birth day of the SUN.

But overtime, certain sects within Egypt began to associate the SUN with messiah-like figures from their mythologies. This led to the folklore of Heru the KRiST, which started out as a myth to explain what was happening in the celestial realm, being transformed into religious dogma that replaced the SUN with a savior. Heru was then deified as the SUN of Ra. In ancient Egypt, Ra was God and the sun was his face. So Heru became the visible representation of Ra, ie; the SUN of God. And the festivities that took place before and after December 25th, were then transformed into customs that paid homage to Heru.

This concept was later copied by the Babylonians, Persians, Greeks, who renamed Heru with some of their own Gods. And just like the name, they also copied the folklore, only changing up things here and there to match their culture. By the time the Romans became the world power, there were over 10 different saviors around the world with the background of having 12 disciples, being born on December 25th, and performing miracles. And these various cultures were also celebrating Winter Solstice in honor of their savior.

So the Romans took those stories and created the figure of Iesous Christos in 4th century, who later became Jesus Christ in 1522 AD. Then they integrated him into their version of the Winter Solstice and it later became Christmas. And wherever the Europeans traveled and conquered across the globe, this holiday spread with them.

Each year, I receive questions about the origins of Christmas, so here is my answer for those of who asked. But please know there is way more history on this subject than what I’ve written above. These are just my soundbites to spark interest, dialogue, and independent thinking.

There was once a time when I considered this time of year to be pagan and evil due to my religious background. But now that I no longer subscribe to such concepts, I recognize this time of year for what it truly is. And that is… a time to unplug, detox, regroup and get into alignment with the universe. At least, that’s what is to me.

In regards to Christmas, I haven’t celebrated this holiday in years. Back then, it was because of my religious views. But overtime, it became about my lack of desire to participate in the customs of my oppressors; especially ones that are based on commercialism. However, I no longer judge folks who do celebrate Christmas. It’s just not something I vibe with.

So, I hope this answers your questions and wish you all a Happy Winter Solstice, regardless of which festival you celebrate. Peace & Love!