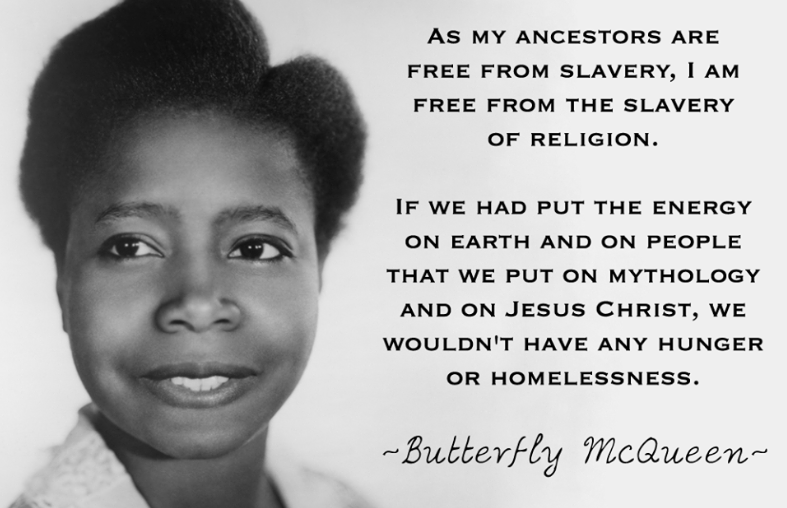 Recently, a subscriber sent me an email responding to my last article Consciousness VS. Religiousness. In their email, they displayed the exact religious mindset that I was talking about in that article. Check out their comments to me below:

See what I mean? Now let’s break their comments down and analyze them to see whether or not they made any valid points.

In their second sentence, they state that after I submit to God, then I will know who I truly am. But who is this God? And what gave them the idea that I didn’t know who I was? My article had nothing to do with any of this.

In their third sentence, they confirm who they’re talking about and tell me that I need to ask the holy spirit and it will be revealed to me. But this contradicts their first sentence. Remember, first they said that having a relationship is better than being religious and conscious. But the concept of the Holy spirit comes from the bible, which is man-made and therefore religious.

So the question becomes… why did this person send this message to me? After all, their comments didn’t seem to have anything to do with what I wrote about in my article. If that is the case, then can you guess why they sent this email to me?

I can. They were doing what religious people do best. And that is, trying to convert you to a belief system. A belief system that was plagiarized from our ancestor’s ancient cultures that predated it by thousands of years; and then beaten into us by the ancestors of those who rule the world today. This is why I expressed in my last article that it’s better to be conscious (aware of reality) than religious (believing in mythology) so that we don’t end up perpetuating the same mindset that enslaved us.

The Reader’s Response To Me

Since the reader felt the need to send me this message, I decided to respond back. So I told them that I do NOT believe in the God of the bible. I also said that “All hue-mans are born with the spirit of the Creator. We are all expressions of the Creator. So in essence, we are the Creator expressing itself through us.”

That it is all I said to her so I thought that would be the end of this convo. But they emailed me right back. And once again, it was religious; yet they claimed it wasn’t. Check it out below:

As you can see from the comments above, their original intent was indeed to convert me to a belief system. You see it by the constant promotion of the bible, the holy spirit and the living God. However, they say that God has nothing to do with religion. But their comments reveal otherwise.

For instance, they called God a Him. Well, where does the notion of God being a He/Him come from? The bible (and the Koran) right? And who put the bible together? The Roman Catholic Church in the 4th century, right? And who wrote the writings in the bible? The Greek and Roman scribes who plagiarized ancient African texts before burning them, right?

Therefore, since the formation of the bible came from the creators of Christianity, then it’s impossible to separate God from religion. After all, the term “God” itself is a man-made concept that was invented by Germans who converted to Christianity after migrating to Rome in the 6th century. So the belief in “God” is religious by default.

These are facts that can be looked up and verified. Yet, the lady tells me that I shouldn’t seek truth using logic; that I should instead seek truth from the Holy Spirit. Does this make sense to you?

You see, in the real world, none of this religiousness gets the job done. Either we have to solve the problem on our own, or get someone who can. Otherwise, it won’t get done.

Now, I’m not saying that there isn’t a spiritual realm which exists that we can access and use to our advantage on earth. But what I am saying is that the concept of the holy spirit is man-made and stems from religion. And just because one believes in it does not make it the truth.

No disrespect to the reader who sent me the email, but I just wanted to give you all a glimpse into the type of messages that I receive from religious folk, trying to convert me to their faith.

I don’t know about you but I think it’s ridiculous to try to convert someone to a biblical belief system and then turn around and say that it has nothing to do with religion. It’s a contradiction at it’s finest.

But I also know how it feels to be so immersed into your beliefs that you’re unable to recognize the contradictions of your faith and your actions, because I was once a religious person myself. So, if anything, I empathize with readers who send me comments like this, and I hope that my (tough love) response encourages you to do some research.

But to each, its own. Everyone has the right to believe in whatever they want to. I just think its important to know the difference between facts and faith. And to choose wisely.

Feel free to share your thoughts about this article. Peace & Love!